The “White Brotherhood” of Bulgaria

At the end of five centuries of Ottoman domination, Bulgaria conquered its linguistic, religious, territorial and political independence between the two key dates of 1878 and 1912. It goes through many trials and tribulations: development of a State, wars with neighboring populations, redrawing the boundaries of its territories 1…

Under the impulse of Peter Deunov (1864-1944), the creation of a Christian esoteric spiritual movement is slowly taking shape in this tormented historical context 2. Born around 1900, this movement was to gain great importance before being forced underground from 1944 onwards.

In his youth Peter Deunov studied theology and medicine in the United States. Back in Bulgaria in 1895, he spent five years in retreat and prayer. Musician, mystic, visionary, he receives an inner initiation. From then on he dedicated his life to the spiritual elevation of the Bulgarian people. He knew his country well: for eleven years (1901-1912) he visited all the regions of Bulgaria to get to know the inhabitants, to speak to them, to care for them, to give them advice.

At the first conference of what he called “the Chain”, in Varna in 1900, he invited only three listeners: an Orthodox, a Protestant and a Catholic person, symbolic proof that his message contains a spirit of unity 3. His conception of Christ is based on the cosmic dimension of pure and unselfish Love on which all worlds, big and small, visible and invisible, are based. Man’s mission on earth is to broaden his consciousness, to “live for the whole” and to be born again within in order to serve humanity.

“Christian people must without delay seek and find the real methods best suited to realize the teaching of Christ, through individual and collective experiences followed with purity and faith. Then the violence, the killing of thousands, of millions of people, will cease. If we follow this teaching of love, Europe can be saved. 4”

In 1922, Master Peter Deunov inaugurated in Sofia the esoteric school which would be called Bialo Bratstvo, “White Brotherhood”.

Each Sunday in Sofia, he gave lectures which gathered more and more disciples, attracted by his wisdom, his clairvoyance and his radiance of goodness: in 1939, there would be about 40,000 disciples in Bulgaria and in other European countries. His growing audience was not without concern for the political and religious authorities in Sofia: in 1917, the Orthodox Church placed him under house arrest in Varna. In 1922, Prime Minister Stamboliiski requested a meeting with him. In 1925, the Security services questioned him about his ideas.

A 17-year-old youngster, Mikhail Ivanov Mихайл Иванов, lived in Varna in 1917. Later, in France, the name will be frenchized to “Michaël Ivanoff”.

Mikhail came from a Bulgarian family originally from the province of Macedonia, which was still part of Bulgaria at the time. They were a poor, religious and respectable family. The many trials already in his childhood matured his sense of responsibility and helped to awaken his spiritual impulse as well as the many faculties that he would benefit from later on 5. 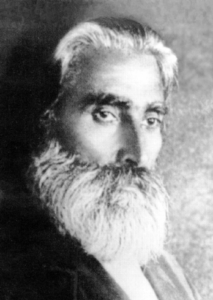 As an adolescent, he devoted himself to an ardent spiritual search. He has an immense thirst for knowledge. Inspired by a few readings, he devotes himself to prayers, spiritual exercises and personal research. At the age of 16, he experienced extraordinary moments, ecstasies linked to the light, to the cosmic harmony.

The meeting with Peter Deunov amazes him 6: he has found the guide his soul needed. Having become a devoted disciple, he followed him on his return to Sofia.

From 1917 to 1937, Michaël participates tirelessly in all the phases of the development of the White Brotherhood in Bulgaria. He listened to and meditated on countless conferences by Peter Deunov 6. He witnessed the composition of many mystical melodies and songs that the Master would improvise on his violin; he took part in the collective hikes to Mount Vitocha.

Michaël participates in all these events, and at the same time, he completes his university studies: he becomes a teacher, then headmaster of a college in Sofia.

But the international situation deteriorates, Nazi and communist ideologies spread in Europe, and the Bulgarian government is forced to form an alliance with Germany. Foreseeing difficult times for his spiritual school, Peter Deunov sends Michael to France in 1937 in order to spread and preserve his teachings. 7